How to Adjust Your Revenue Model to Drive Customer Adoption, Part 1. 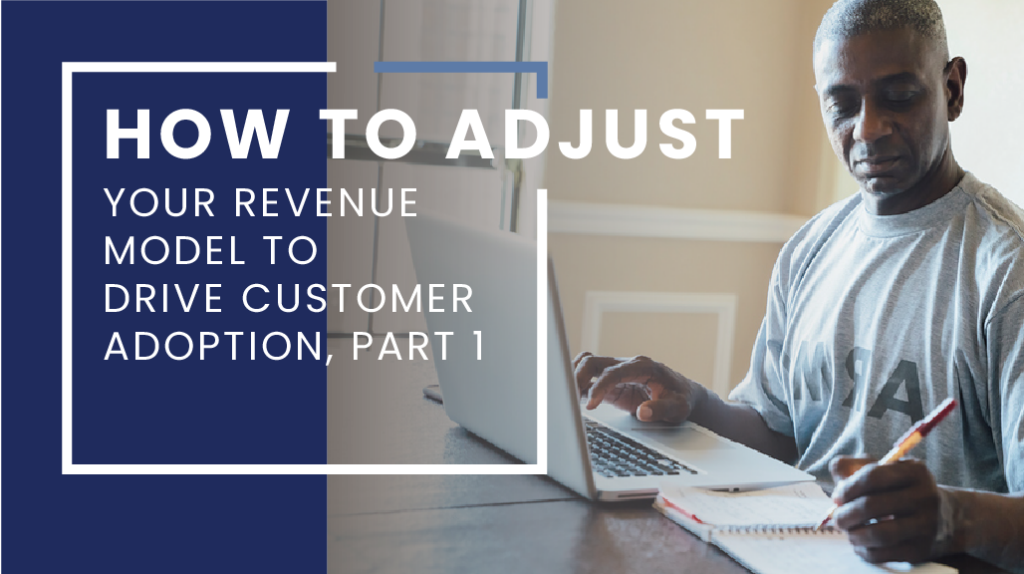 Find out how two CEOs have implemented recurring revenue models and more to help propel their business forward.

This is Part 1 of a two-part series where we talked to a couple of our Founders First bootcamp graduates on the challenges and successes they’ve had building their businesses. We cover adding recurring revenue, getting funding, filing the gaps outside your expertise, and what they’d do differently given what they’ve learned so far on their journey.

Adding recurring revenue can help scale a company, improve customer satisfaction, and improve investment prospects. That’s a reality that we find again and again among the companies that participate in our Founders First bootcamp.

Recurring revenue helps you plan better, hire accordingly, and prepare to expand. It helps you better manage income and gives you more opportunities for marketing and cross-selling. Recurring revenue increases the lifetime value of your customers – and helps you quantify that value. It gives your business more consistency and predictability, which investors and banks love because it shows you have the cash flow to pay your bills and prospective loans. Recurring revenue can give you the confidence you need to move forward with business initiatives, and it might even give you more peace of mind as a founder, CEO, and leader.

Two of the main ways to generate recurring revenue are subscription and usage-based models. Those enable companies to enter into new markets and defeat competitors. They also deliver greater profits over a longer period of time.

Customers enjoy it as well. They’re more satisfied. There’s less friction. There’s more consistency. They don’t have to worry as much about receiving the products or services that you’re offering because they’re delivered on a recurring basis. That means less time and money on sales and marketing for you, and you reap the rewards with recurring revenue streams.

Recurring revenue is so important that we teach the CEOs who work with us how to generate it. Two of them that we spoke to recently are Lisa Scott, the founder and CEO of Intuitive Edge, and Paul Wynns, the founder and CEO of Flex Air. We’ll walk through their experience on generating new revenue – as well as a host of other things – to gain insights that other CEOs can apply in their own journey.

Lisa Scott is the founder and CEO of Intuitive Edge, an alternative legal services company. Intuitive Edge invented the OASIS Cycle, a process and method that delivers legal services to corporations in a highly efficient and cost-effective manner. She is on the board of directors of the TED Conference, Volks Resources VP strategy and business development, and is the former director of customer solutions sales engagement practices for partnership and strategy implementation at Ericsson.

Paul Wynns is the founder and CEO of Flex Air Flight Training. Flex Air is a flight school for folks who are embarking on their very first career in aviation or they’re interested in a career transition, and they want to become a commercial pilot to fly for the airlines. Locations are in Kansas and San Diego. This aviation company is led by minorities and veterans focused on increasing minority representation in every corner of the industry. Paul is a former naval aviator, Boeing program manager, and department head for the U.S. Navy Reserve.

Both companies had catalyst events that drove them to add new services and create new, recurring revenue.

Flex Air completed the Founders First bootcamp in April of 2020. “That’s where me and my co-founder first started really getting introduced to the idea of a recurring revenue model because it’s really big in the Founders First ecosystem,” Paul said. “We learned a lot about it. It got us thinking, ‘What can we do with this? Maybe we put this in the sales pipeline.”

Ironically, Flex Air had its best year during the first year of the COVID-19 pandemic. Aviation is critical to infrastructure and they kept training students. But, as a seasonal company, they have lots of ups and downs, and training is dependent on weather and if prospective students get laid off from their service sector job and are ready to make a career change. So, when other companies were laying people off, they were trying to add capacity. The opposite happened when the lockdowns ended in the first quarter of this year. People started getting their jobs back. So, they didn’t get many new students in the first three months of 2021.

“That got me and my co-founder thinking it’s time to institute this recurring revenue model because, first of all, we need a robust pipeline of people coming in and we need to monetize that pipeline because we’re talking to people for hours and hours to help them understand where to go,” Paul said. “If we lose them to another school, because that other school had better student loans or something like that, we can still retain that relationship and monetize it because they’re going to need help later with career counseling and where to find their first job after they finish school.”

So, it was the first quarter of this year where Paul realized that Flex Air had to get serious about adding recurring revenues. “You know what they say,” he said. “Necessity is the mother of invention. So, we kicked it off and are still building [recurring revenue] today.”

For Lisa and Intuitive Edge, it took their first large-scale project with a Fortune 500 going awry for them to make adjustments to their revenue stream.

“We were struggling with making the team work how we wanted it to work. The customer was not happy with how it was working, or not working, so we had to make some pretty major changes super quickly,” she said.

That event forced her team to spend weeks implementing a whole new standardized process that they could use going forward.

“It’s funny when people say when you start a company, there’s all this path and these growing pains,” Lisa said. “I mean, it’s almost like you have to go through these horrible moments to get to the other side to build your business, basically, because we’ll never have that problem again. It will never happen again. But it definitely helped grow the business, and it will continue to grow the business. That was the inflection that we needed to push us to the next level.”

Paul emphasized that forcing the company to add new, recurring revenue streams gave them a better channel to bring in more customers. The other thing it’s done is create another tier of service that they can sell.

“The top tier is you’re in the aircraft actively training with us and you’re training with us full time,” he said. “But now, there’s this intermediate tier where you’re in the subscription-based system and you’re getting the coaching, the mentoring, and the content that we put together and can come into the community and exchange information with all of the other student pilots or candidates that are in the community.”

Importantly, he said the new system qualifies leads a lot more. It helps them separate lukewarm prospects for whom flight school is more of a movie fantasy from prospects who live, eat, and breath aviation because they want to become a pilot no matter what. That’s the company’s perfect student, but it’s difficult to tell the difference between the two.

“Once they’ve been in the community for a while, they’ve attended a few of the webinars, and they’ve had a couple of one-on-ones with one of our coaches, we kind of get a feel for who’s going to be a really great candidate and who is a great candidate to be hired later on as an instructor because we live and die by how good our flight instructors are,” Paul said.

The interaction that the company has created with its new recurring revenue streams makes for a stickier customer, who they get to know better before they advance to the next tier of service to fly planes.

In Part 2, we’ll cover the decision to seek external funding or not, the most critical outside expertise our founders needed, and what they’d do differently now given their years of expertise.

Kim Folsom is the founder and CEO of Founders First CDC, which has helped accelerate the success of hundreds of small, service-based, business-to-business companies since 2015.Visit our website to learn more. 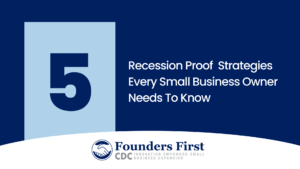 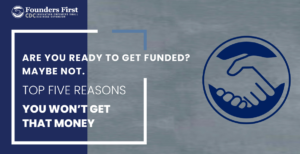 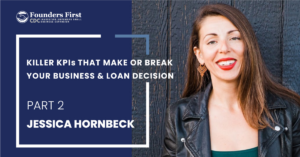