MODIFYwear is a swimwear brand focused on women who dress in traditional garments (mainly Muslim, observant Jewish, and Indian women) and/or modestly for athletics. We caught up with founder Melissa Scott to learn what inspired her to begin the company and how business has been since she participated in the Founders First Bootcamp.

Hi, Melissa. Tell us a little about MODIFYwear.

MODIFYwear is a private swimwear brand that caters to women who dress modestly, whether it’s for religious or personal reasons. We actually started as sort of a private label. We were contracted by the Olympic federation and some sporting teams to design for the athletes and make and manufacture athletic apparel for them.

And we were doing that as a private label, more of a freelance contractor sort deal, up until the end of 2018. Then we were like, you know what, let’s make this legit…. So we started [moving forward] at the end of 2020.

What was some of the inspiration behind the business?

I worked for the past 20 years with the Olympic movement as an executive and also as a coach. I would coach Olympic-level athletes in rowing. And one of the things I noticed was that the dress wasn’t anything designed for the woman who dressed modestly. They were wearing everyday clothing and they were bundling up and it just was not conducive to good performance.

At the time, I was also in the Middle East and decided to be culturally correct and wear a hijab. And it just didn’t work for me. I was sweating like crazy. I couldn’t keep my glasses on. The fabric was interfering with sounds [with my hearing aids] and all that.

I wanted to maintain the integrity of the hijab, which is keeping everything modest. But I wanted to optimize sound quality and make sure my glasses would stay on, and I could have earpieces, Bluetooth, and so forth. And some of the athletes were like, oh my gosh, we need this.

So I designed for them. They loved it. And people kept asking for more. I really hit on something…. So we would create designs with performance fabric, making sure that they did have the form and the function that was needed for them to compete at that high level and make sure that the fabrics and the design weren’t interfering with the performance, but also making it look good so you can have modest clothing. Sometimes people wonder if it looks frumpy. But no, these are the designs that we made that are even sexy, though they do cover everything. So that’s how we got started, just seeing there was a need for it, a desperate need for it and just filling in that space.

And then it just kind of escalated from there. It wasn’t just the Muslim women. We had a lot of Jewish women coming up to us. We had Pentecostal, we had women who were skin cancer survivors, women who say I just want to cover my skin but still look good when I go to the beach or to the pool.

So yeah, it was just a huge need. And then we stepped in and saw that. I’m also very passionate about making sure that all women that want to compete or to be an athlete or be on the sporting field, that they have an equal playing field. And so it’s kind of a combination of all of the above.

What is one of the most important lessons that you learned going through the Founders First accelerator program?

Well, I don’t know which one stood out. I mean, there were quite a few of them. The piece on standard operating procedures really stood out because I knew something was missing. I wasn’t sure what it was, but somehow those always had an anchor holding us back from moving forward. As the weeks went on in the course and you’re learning about bookkeeping, marketing, and so forth, it was really that standard operating procedure lesson that hit a nerve because I realized, you know what, we had all that stuff done, but there was no continuity. There was nothing that linked it all together. And that was the biggest missing piece. And that really helped kind of bring it all together.

Any fond memories from the Founders First program that stuck out for you?

I would totally recommend it. I really liked the fact that people were invested in it. I mean, it was three hours a week on Zoom and you still have another hour for the homework. But people were invested and asking questions, etc. So it just made me feel like I was with my peers vs. someone who just wants to get an elevator pitch or something. Everyone was really in it for their business, and to me that was a great thing.

Another one of my fondest memories was during the pitch contest when we all physically came together. There’s something different about meeting them in person. I just loved it. I really enjoyed the dinner, enjoyed meeting everyone, and hearing the pitches.

How have things gone since the program wrapped up? How’s business been?

You know, it’s been good. The only downside has been, obviously, inflation and the cost of fabrics have gone up stupendously. I mean, and it’s one of the things we can’t even track because one day, you know, we finish a batch and the next day we go back to get some more fabric. It’s like, oh, wait, it’s $6 more a yard.

And that’s kind of the unpredictable part of it. But in terms of the business itself, it’s been going really well because this program, you know, opened my eyes to not putting all my eggs in one basket and really diversifying. So we’re going off more into the uniform aspect of building that part of it. We are building and working with schools and just really expanding our online presence.

Well, that’s excellent to hear. What would be some advice you would have for the next up and coming entrepreneur out there?

Just do it. You know, if this is something you want to do, you should try to do it and find resources. I was lucky to have found Founders First and just took a chance. So just say yes to as many opportunities as you can and go for it.

That’s all I can say. The hardest step is always that first step. And then once you do the work, you try to also find your community or your tribe. And you can do that by doing this bootcamp with this accelerator program, because these are people who are also small business owners or entrepreneurs, and they are just trying to find a bunch of resources as well.

So you get that accountability with your peers so you don’t feel like you’re an island by yourself. So do it. Find your tribe and just go for it. I guess that’s the best thing I can say.

Interested in an accelerator program at Founders First?  Check them out 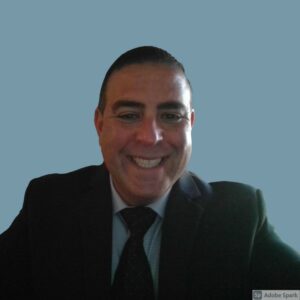