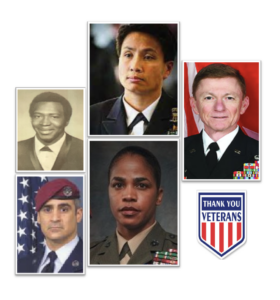 The Stephen L. Tadlock Fund makes micro-investments in veterans who are running small businesses. The award, which will be granted prior to Veterans’ Day, was inspired by Founder’s First CEO Kim Folsom‘s brother, US Navy veteran Stephen Tadlock. The $25,000 fund will make its first investments in 50 veterans who are running employer-based small businesses.

There are over 2.5 million veteran majority-owned businesses in the U.S., according to the most recent U.S. Census Bureau’s survey of small business owners. In the same report, the SBA reported veteran owned small businesses employ more than 5 million people in the U.S., generate revenue of $1.14 trillion, and an annual payroll of $195 billion.

The judging committee for the Stephen L. Tadlock Grant includes a panel of distinguished veterans representing multiple branches of service, with regional lead judges including:

“The armed forces is a melting pot of diverse people called to serve something greater than themselves. That diversity, drive and commitment translates to dedicated entrepreneurship for many veterans, and programs like this help support veteran business owners around the country,” said Senior Vice President of Military and Government Affairs at National University System, Former U.S. Navy veteran, LT Cmdr Kimberly Mitchell.

Applications are now open and will close on October 29, 2021. Businesses must have a U.S. military veteran CEO, president or owner.

“Veteran-owned businesses are a critical contributor to the small businesses community,” says Kim Folsom, Founder of Founders First CDC. “Our mission is to provide the funding, know-how and social capital to help diverse-led companies grow to $5M+ revenue, create premium-wage jobs and economic impact in their communities. We are launching the Stephen L. Tadlock Fund this year in honor of my brother, who was a veteran and avid supporter of veteran-owned businesses.”

Founders First CDC is a not-for-profit 501c3 that was founded in 2015 and has received significant support from the regional community reinvestment banks to empower diverse founder-led, revenue-generating small businesses through three primary programs: (1) Founders Challenge; (2) Founders Bootcamp; and (3) Founders FastPath. By building recurring revenues, tech-enablement, and essential solution focus, Founders First serves as a catalyst for positive change to entrepreneurs of color and female founders to become leading employers in their communities. www.foundersfirstcdc.org.